Our first CRECS event will celebrate Halloween week in spooktacular style. We’ll be kicking the 2015/16 programme off with an exploration of the nineteenth-century gothic literature and music. The Romantic period saw the emergence of the first wave of gothic writing, a turning away form the austere and ordered neoclassicism of the Augustan age. In Britain, there was a new appetite for native forms of art that eschewed system and structure, instead celebrating the ambiguities and uncertainties of the more irrational and imaginative aspects of human experience. This was the age that generated many iconic representations of the supernatural and fantastical, among them Mary Shelley’s Frankenstein and his Creature; the emergence of turbulent ‘Byronic’ heroes such as Manfred and the Giaour; and Keats’s ‘Eve of St Agnes’.

Gothic and the supernatural provided inspiration for more than simply literature, acting as a transgeneric form that ranged across art, architecture, literature and music, forms which often spoke to and influenced each other in complex and interesting ways. Henry Fuseli’s The Nightmare (1781), which is our featured image, was one of the most popular and reproduced paintings of the period, capturing and inspiring gothic currents in literature. Music such as Hector Berlioz’s Symphonie fantastique (1830) drew upon artistic experiences of drug addiction in order to present a kaleidoscopic fantasy that dizzied listeners with its vertiginous and exotic orchestrations. The work of Sir Walter Scott, the best-selling novelist of the 19th century, provided inspiration for both musicians and artists alike, not least Gaetano Donizetti’s tragic opera Lucia di Lammermoor (1835), which drew upon the gothic elements of Scott’s historical novel, The Bride of Lammermoor (1819). END_OF_DOCUMENT_TOKEN_TO_BE_REPLACED 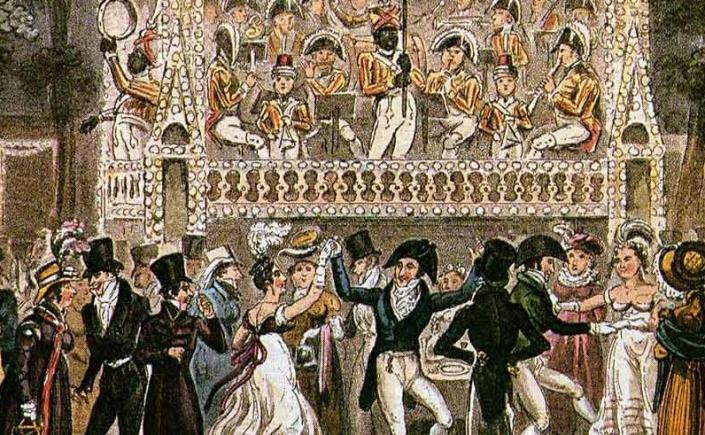 We’re delighted to announce the new CRECS programme for the forthcoming session. Below, you’ll find details of the Autumn 2015 session: the Spring 2016 session will follow in due course. All events take places in Cardiff University’s Special Collections and Archives (SCOLAR), in the basement of the Arts and Social Studies Library. END_OF_DOCUMENT_TOKEN_TO_BE_REPLACED

This year’s final CRECS event departed from the traditional written text, instead exploring the world of popular entertainment, in both public and domestic spheres.

Sophie Coulombeau started off the proceedings with a talk titled ‘Life is a Magic Lanthorn’. Magic lantern, or phantasmagoria, shows were the forerunners of slide shows, cinema (and PowerPoint). They projected images printed or painted on to glass slides onto a transcluent screen, which could be pushed to and fro to make the image loom closer to the audience or recede into the back of the stage. Later developments attempted to generate animation so that the phantasmagoria images appeared to move, anticipating pre-filmic experiments in making still pictures approximate moving life, such as the zoetrope of the 1830s. 18th-century magic lantern shows were used for public entertainment, family shows at home, and sometimes for polemical reasons, such as anti-French and anti-Catholic propaganda. Many phantasmagoric moving images are gathered at http://dickbalzer.tumblr.com.

Opening out the discussion to consider the broader cultural discourse to which these new media were applied, Sophie considered Hester Thrale Piozzi’s statement:  ‘Life is a Magic Lanthorn, certainly, and I think more so to Women, than to Men’, and discussed how the disjunctive, fragmented life of women under coverture resembled the disjointed images of Magic Lanthorn shows.

Our second speaker, Melanie Bigold introduced her talk about ballet and the vocabulary of dance, which dates to the 16th century. She suggested that dance draws on a dialogue between two traditions: disciplinary courtly dance and populist forms of pantomime and commedia dell’arte. While the former focused on the ascension of the dancer away from the sublunary corruptions of the mundane world, the latter offered an opportunity to performers to interact in class-defying ways.

We watched clips from the Ballet Evolved YouTube channel, including this useful introduction to the first four centuries of dance, as well as this dedicated piece on Marie Taglioni (1804–84), who reintroduced aristocratic daintiness to ballet. The fascinating clips also demonstrated the increasing push towards exaggerated formalism in the display of the ballerina. 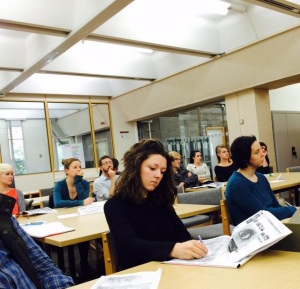 The event ended with some reflection on the CRECS ‘experiment’ and an appeal for feedback from our attendees, who continue to include a healthy mix of undergraduates, postgraduates and staff. Attendees felt sessions had been varied, and contained new and unusual subject matter, while occasionally overlapping usefully with course content. It was felt that sessions were pitched correctly: neither dumbed down, nor overly specialist. The provision of short, concise talks helped retain interest and ensure there was something for everyone. The events were praised for their ‘informality, energy, enthusiasm and excitement’.

The question was raised: how long can we draw on our own specialisms while keeping content fresh? The potential to introduce external speakers, or shorts talk from PhD researchers was discussed, as well as mixing up the format with occasional film screenings. In addition, events could be opened up to involve colleagues from other humanities disciplines, such as Welsh, history, music and gender studies.

What do you think? Add your thoughts to the comments below, tweet us, or find us on Facebook – we want to hear your views! 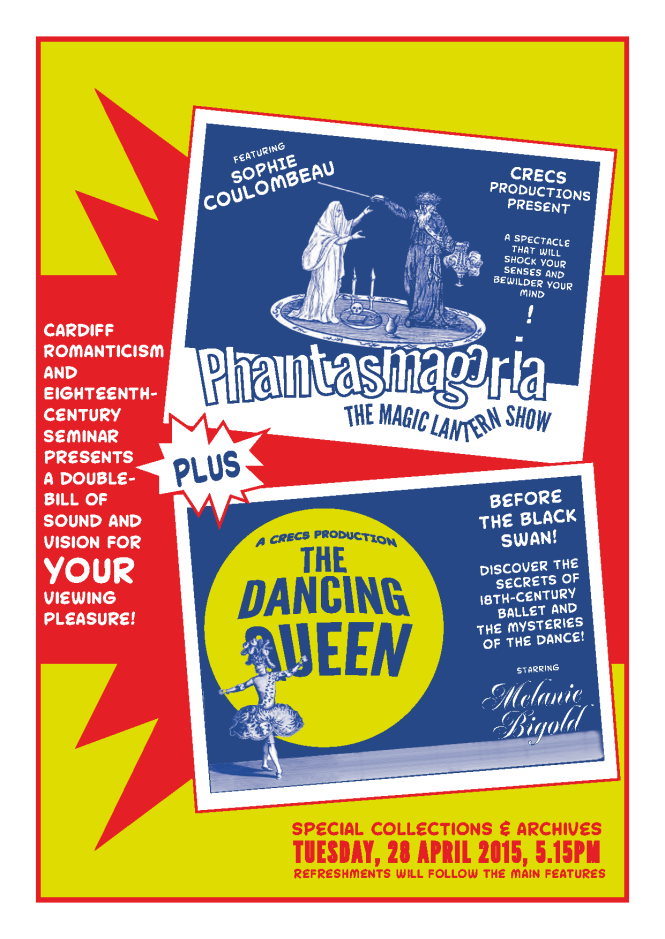 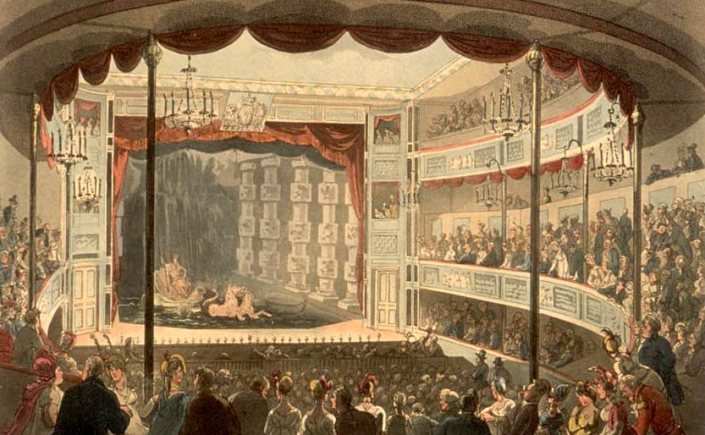 Our last CRECS event for the 2014/15 session turns to the issue of entertainment. Without the benefit of Netflix and Spotify, what did our 18th-century predecessors do in their leisure time? In an age before cinema and pre-recorded music, how could you get your fix of sound and vision? Well, tonight, you can find out a little more about this, with two talks that focus on the spectacular and the elegant. There’ll also be a chance to discuss possible future activities for next year’s session.

END_OF_DOCUMENT_TOKEN_TO_BE_REPLACED

Just a quick note to say that, following some discussions, we’ve decided to adjust our schedule for the next two CRECS events, to take into account our students’ mid-term assessments and presentations, as outlined below:

The Events page has been updated accordingly.