The next Cardiff Romanticism and Eighteenth Century Seminar will take place on Monday 16 March at 6pm, in room 2.47. Prof David Duff (Queen Mary) will give a talk entitled ‘Coleridge as Prospectus-Writer’.

You can read more about David’s talk below. Refreshments are provided and all are welcome! 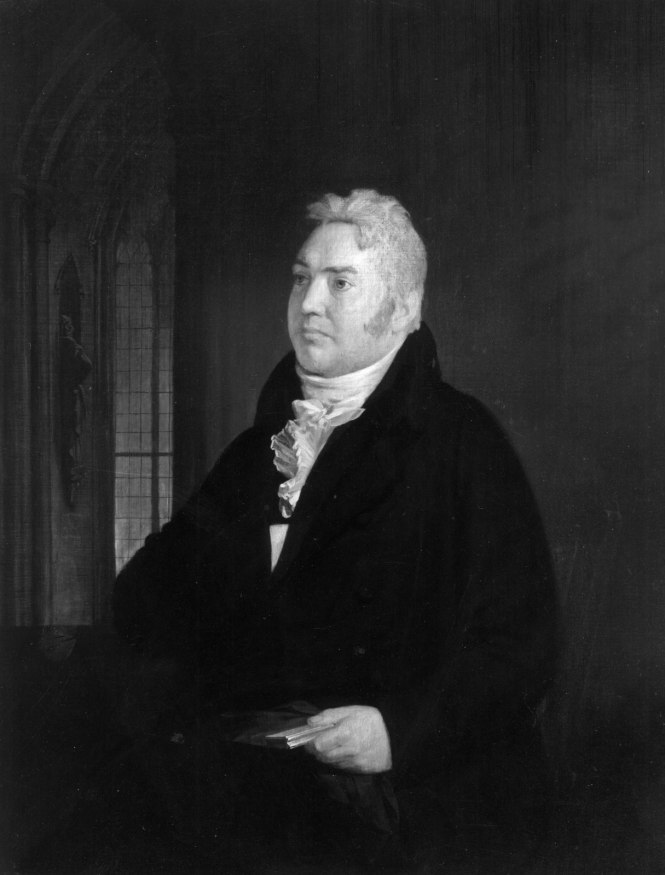 Coleridge’s ability to spawn new projects ‘like a herring’ is well documented, as is his tendency to leave many of them unfinished – or even unstarted. One indicator of his projecting impulse is his lifelong fascination with the genre of the prospectus, a type of printed advertisement widely used in the book trade to attract subscribers for a projected book, journal or newspaper, or to advertise a subscription lecture series. Over the course of his career, Coleridge wrote many such prospectuses, including the ‘flaming prospectus’ to his radical periodical The Watchman, the prospectuses to his later journal The Friend and to the Encyclopaedia Metropolitana, announcements of his various lecture series, and proposals for his Imitations from the Modern Latin Poets, which was advertised but then disappeared without trace. Coleridge’s intellectual and financial investment in prospectuses is suggested by the large number of copies he had printed (running into the thousands in some cases) and by the meticulous attention he paid to their wording and typography, which sometimes underwent multiple stages of revision. Even as schoolboy at Christ’s Hospital, Coleridge fantasised about publication with his bizarrely titled ‘Prospectus and Specimen of an Intended Translation of Euclid in a Series of Pindaric Odes’. Presenting new research on this important but largely forgotten genre, this paper will analyse a selection of Coleridge’s published and unpublished prospectuses, showing what they reveal about his working methods and imaginative proclivities and about Romantic literary culture in general.

David Duff is Professor of Romanticism at Queen Mary University of London. His books include Romance and Revolution: Shelley and the Politics of a Genre (1994), the award-winning Romanticism and the Uses of Genre (2009), and a number of edited books including an anthology of Modern Genre Theory (2000), a collection of essays on Scotland, Ireland, and the Romantic Aesthetic (2007), and The Oxford Handbook of British Romanticism (2018). He has also recently co-edited two special issues of the journal Litteraria Pragensia, on Wordsworth and France (2017) and on Exiles, Emigrés and Expatriates in Romantic-Era Paris and London (2019), both arising from conferences of the London-Paris Romanticism Seminar, which he co-founded in 2016. He is currently editing The Oxford Anthology of Romanticism and writing a literary history of the Romantic prospectus, of which the paper on Coleridge will form a part.

We are delighted to welcome Dr Lizzy Spencer to Cardiff.

Lizzy is a Lecturer in Eighteenth Century and Public History at the University of York. Her research interests lie in the gender, social, and material history of England, 1680-1830, and in particular on the lives of women. She also has practical and research interests in Public History, including living history and re-enactment, museum display, and period dramas.

This talk will give an introduction to Lizzy’s current research project, which offers one of the first in-depth historical studies of women and accounting – and of women as accountants – in England c.1680-1830. It will trace the evolution of the project from doctoral research into women and their clothing and, drawing on a wide range of sources including account books, bills and receipts, drafts, and correspondence, will suggest that we need to pay careful attention to the intertextual processes involved in keeping account. 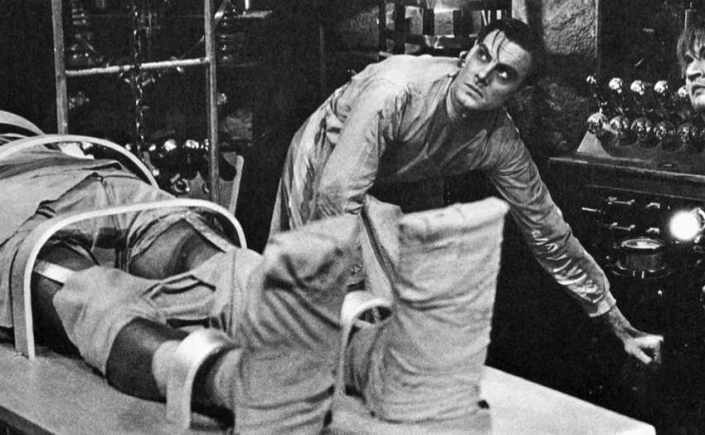 When I placed my head on my pillow, I did not sleep, nor could I be said to think. My imagination, unbidden, possessed and guided me, gifting the successive images that arose in my mind with a vividness far beyond the usual bounds of reverie. I saw—with shut eyes, but acute mental vision, —I saw the pale student of unhallowed arts kneeling beside the thing he had put together. I saw the hideous phantasm of a man stretched out, and then, on the working of some powerful engine, show signs of life, and stir with an uneasy, half vital motion. Frightful must it be; for supremely frightful would be the effect of any human endeavour to mock the stupendous mechanism of the Creator of the world.—Mary Shelley, Introduction to Frankenstein; or, the Modern Prometheus (1831 edn) 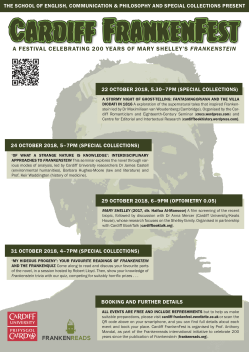 Join CRECS in celebrating the bicentenary of the publication of Frankenstein, as we host a festival of events later this month that explore various aspects of Mary Shelley’s gothic classic. A collaboration between the School of English, Communication & Philosophy and Special Collections at Cardiff University, and directed by Prof. Anthony Mandal, Cardiff Frankenfest is part of the global Frankenreads initiative—a celebration of the novel’s anniversary by over 400 partners around the world, taking place in the lead-up to Halloween 2018.

We are delighted to be hosting four convivial, interactive events later this month, to which fans of the novel are warmly invited. Unless otherwise noted, events take place in the Special Collections of Cardiff University’s Arts and Social Studies Library.

All events are free and everyone is welcome to attend. Refreshments will be available. However, please register using the Eventbrite link below so that we can plan accordingly: cardiff-frankenfest.eventbrite.co.uk. 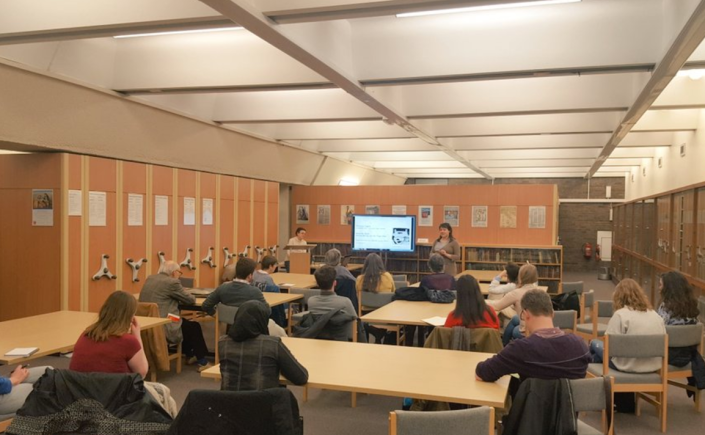 Many thanks to Jannat Ahmed (@PemberleyParade) for writing this review of our CRECS event, which took place on Monday 13 March 2017.

The Cardiff Romanticism and Eighteenth-Century Seminar recently had the pleasure of welcoming Professor Francesca Saggini (Università della Tuscia, Visiting Fellow at Lucy Cavendish College, Cambridge), author of Backstage in the Novel: Frances Burney and the Theater Arts, to present her new (never-before-presented) research on Frances Burney and the Tragic Muse. Discussing the neglect of Burney and her fellow female tragedians in most anthologies of eighteenth-century plays/drama, Saggini drew our attention to the contexts of Burney’s tragedies, and issued a call to take them more seriously. END_OF_DOCUMENT_TOKEN_TO_BE_REPLACED

Frances Burney is often best known as the writer of pioneering novels of manners that inspired Jane Austen, such as Evelina, or: The History of a Young Lady’s Entrance into the World (1778). But she was also a playwright, who drew upon a rich tradition of tragic drama to reflect on her experiences at the court of George III and, more broadly, the ideological constraints that women faced in eighteenth-century society. In this talk, Francesca Saggini will discuss Burney’s ‘Tragic Muse’, and will more broadly reflect on the way that critical reception inflects our treatment of Burney and other late eighteenth-century dramatists.

Francesca Saggini is a Professor of English Literature at the Università della Tuscia and a Visiting Fellow at Lucy Cavendish College, Cambridge. She has published extensively on Gothic fiction and the stage, the house in literature, and the fiction and drama of Frances Burney. Her most recent book is The Gothic Novel and the Stage. Romantic Appropriations (Pickering and Chatto-Routledge, 2015), which was awarded an Honourable Mention at the European Society for the Study of English Book Awards in 2016.

Please join us in Cardiff University’s Special Collections, in the basement of the Arts and Social Studies Library. The event starts at 5.30pm on Monday 13 March 2017. As usual, refreshments will follow after the presentations and discussion.

Attendance is free, but we would be grateful if you could register using our EventBrite link:https://www.eventbrite.com/e/monday-13-march-2017-francesca-saggini-from-the-vaults-frances-burney-and-the-tragic-muse-tickets-32616646267

For decades, scholars have argued that Romantic literature and thought anticipates many of the concerns of contemporary environmentalism. Some critics have even suggested that the Romantics might help us to think and to act in a world facing serious ecological challenges. But is there a danger that we misrepresent the Romantic period in making it so relevant to the issues of our own time? Is it useful for us to turn to a different age that experienced very different problems to those that threaten our ecosystems and ways of life?

Over twenty years ago, Ralph Pite published an influential article that aimed to test the extent to which ‘Romantic poetry seems often to express an ecological point-of-view’ by asking the question ‘How Green were the Romantics?’ [1] For the first CRECS event of 2017, we’re asking him to revisit this territory and to consider how the answer to this question might have changed since 1996. END_OF_DOCUMENT_TOKEN_TO_BE_REPLACED 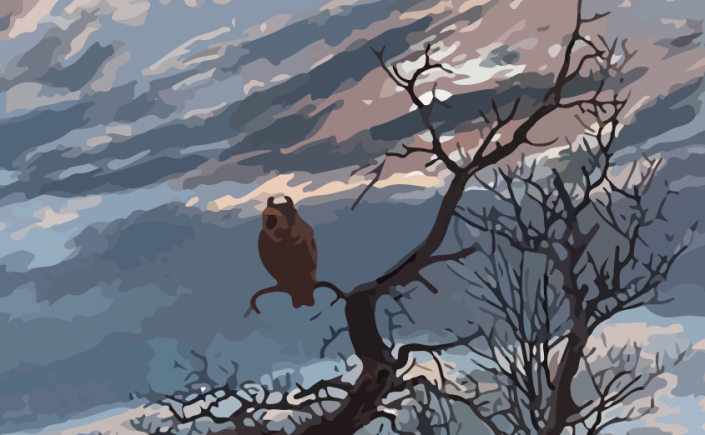 Emily Rohrbach (University of Manchester) will be presenting her paper, ‘Voice and Dispossession: A Comparative Poetics’, at 5.30pm on Tuesday, 8 November 2016. The talk will take place in the Cardiff University’s John Percival Building, Room 2.03, and will be followed by a wine reception.

This talk draws from her current work on voice and dispossession in ‘Gothic’ literatures from Britain and Europe to the Americas, which examines not only to plot elements and themes of dispossessed voices but also aspects of narrative voice that dramatise self-reflexively its own otherness. That otherness concerns less the transcendence or divine quality of poetic inspiration than the imagination of textual circulation and influence in the Romantic period and the nineteenth century on both sides of the Atlantic. END_OF_DOCUMENT_TOKEN_TO_BE_REPLACED 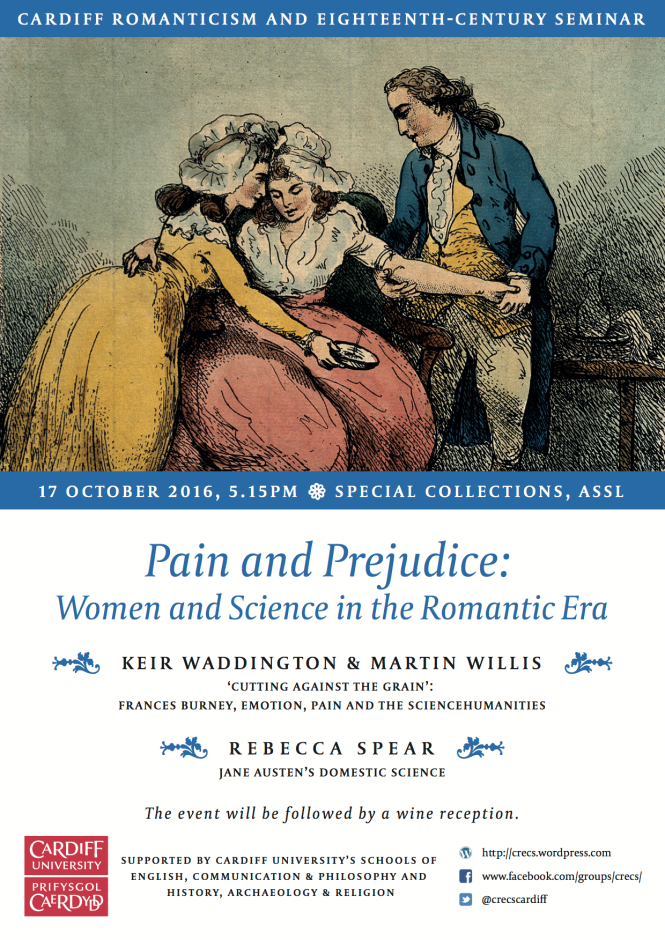 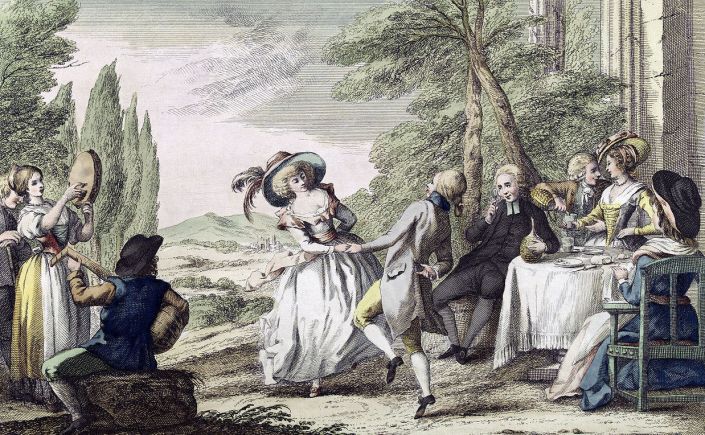 We are delighted to announce our programme for the forthcoming academic year, 2016-2017. Events are usually held on Mondays, begin at 5.15pm, take place in Cardiff University’s Special Collections or the John Percival building and are followed by a drinks reception. Information about each event will be publicized on the CRECS blog in advance. All are welcome, but we warmly encourage undergraduates and MA students to attend in order to learn more about our research into the eighteenth century and Romantic period .

We are currently looking for under- and postgraduate students from Cardiff University to join the CRECS team, assist with organising events and help us to manage our blog and social media. Please get in touch with one of us if you would like to be involved! END_OF_DOCUMENT_TOKEN_TO_BE_REPLACED

Over the past decade, scholars have become increasingly interested in interfaces between scientific and literary discourses during the Romantic period. How did ideas about cutting-edge science inflect and shape literary productions? How did novels, poetry and life writing mould scientific discourse? And, in an era when women were officially excluded from public institutions of science such as the Royal Society, how did they access, develop and perpetuate scientific knowledge through literary activity?

On the evening of the 17th of October, three members of the CRECS team will explore intersections between scientific discourse, literary innovation and gender in the writings of two of the period’s most important novelists. END_OF_DOCUMENT_TOKEN_TO_BE_REPLACED